I began with the idea of a black and white book for the Keizer Art Association’s Black, White & Gray show. I had also been wanting to make another star book. And so the Black &
White Stars Book was born. The first step was figuring out WHICH movie stars would be featured, and then drawing the posterized portraits.

I actually drew Gregory Peck three times before I was happy with the result. Matthew came home one day in the middle of drawing number two and I said, “I’m still not satisfied with Gregory Peck.” His reply: “You’re probably the only woman on the planet to ever utter those words.”

I used Faber Castell markers for the portraits. 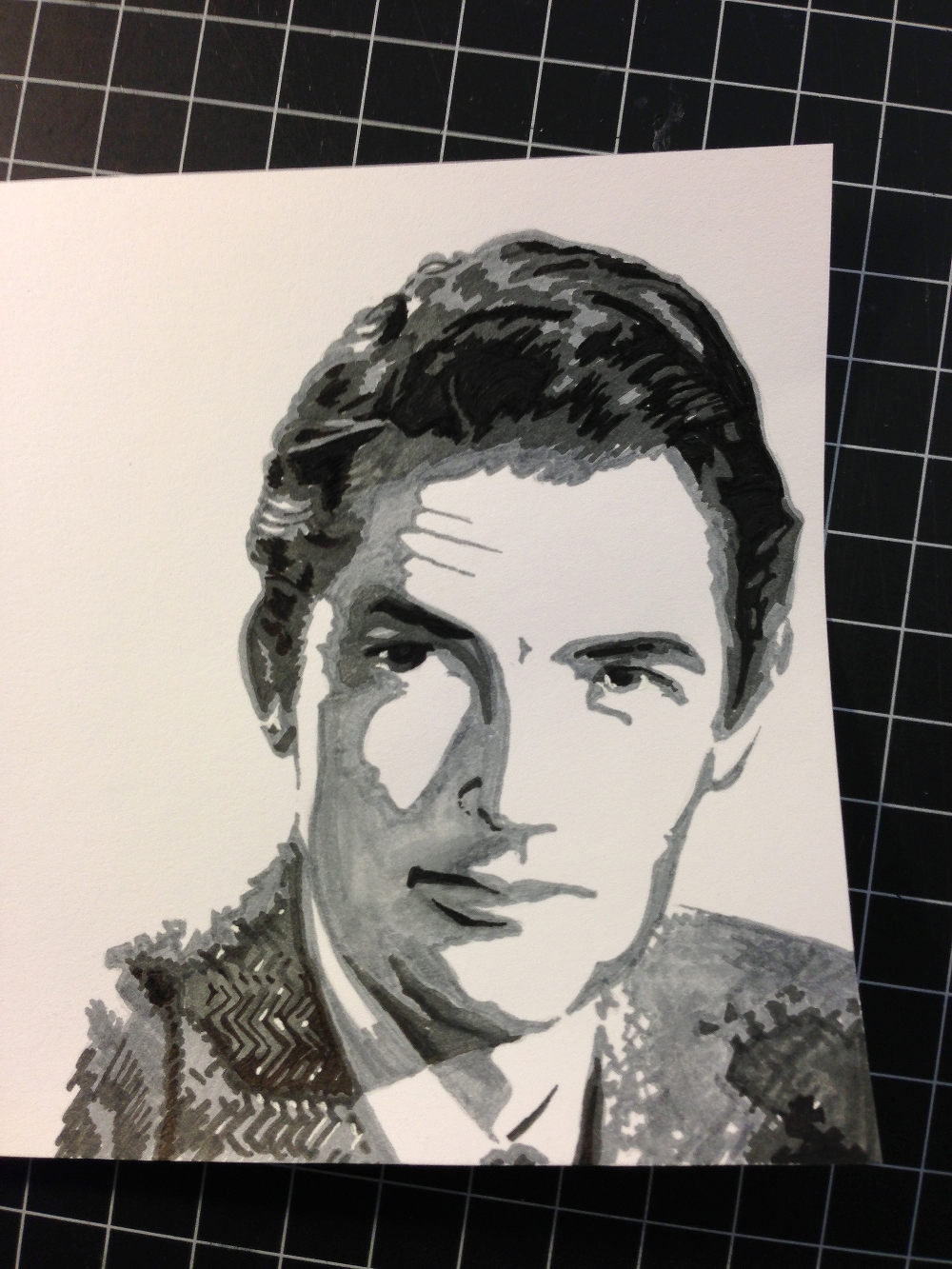 Once all the portraits were completed I started working on layouts for each page. I wrote copy for each page and typeset it, then had it printed out on glossy paper to resemble magazine pages. Then I tore the paper so that it said what I wanted it to say.

Some pages include more found ephemera. this page includes some “old Hollywood” images.

Once I had an arrangement I liked I took photos and used them as guides as I glued each piece down. Paper was glued with my bookbinder’s glue which consists of wallpaper paste and PVA glue. Ephemera was glued down with Golden Gel Medium, and then each page was coated with gel medium.

Into the press! Covers and book structure were constructed, then the collage pages were glued in, and binder clips were used to keep everything in place and keep edges from curling while it dried.